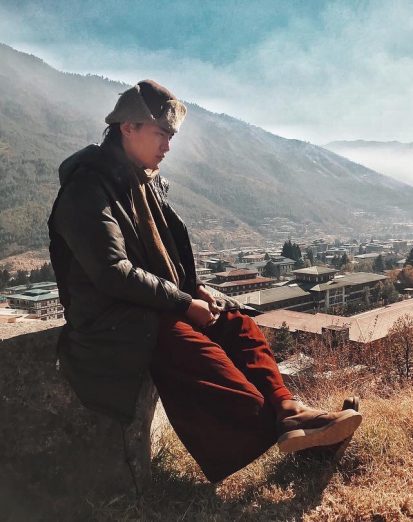 Vajrayana Buddhism, through the centuries, has inspired societies to adapt to the needs of the times with unconventional dynamism. Enlightened Yogis like Thangtong Gyalpo, an unorthodox renaissance figure, were able to cut through man-made social, moral, and ethical norms and practices to bring the Buddha’s teachings for the benefit of sentient beings.

Today, the 17th incarnation of Drupthob Thangtong Gyalpo has drawn up an insightful vision to work with modern Bhutanese society which is going through dramatic changes. Known as the Zilukha Project, it is a response to new trends, expectations, and aspirations that are challenging the resilience of traditional culture and age-old values. Increasing suicides, alcohol and substance abuse, unemployment, leading to a strong listlessness are just some of the emerging social ills—especially among the younger generation.

The new challenges of the new times are manifesting in new forms both in the national and global spaces. It confronts the essence of the Vajrayana spirit and Bhutan’s development paradigm as expressed in Gross National Happiness.

The Zilukha Project intends to bridge this disconnect by making the Buddha Dharma relatable to people from all walks of life, particularly those left behind. Based on the centuries-old wisdom contained in the teachings of the Thangtong lineage, the Zilukha Densa will be an open space that awakens society to the Buddha Dharma and engage society—especially youth—in constructive programs

(see the section on zilukha Project)

At the helm is Drubtrul Ngawang Thinley Lhundrub who was born in Bhutan on 17th May, 1990, corresponding to the Fire Horse year. He was recognized as the 17th incarnation of Drupthob Thangtong Gyalpo by the 41st Sakya Tridzin Kyabgon Gongma Trichen Rinpoche. The investiture ceremony was conducted at the Thangtong Dewachen nunnery in Zilukha, Thimphu, by the late Nyoshul Khen Rinpoche on the fourth day of the sixth month in the Water Dog Year, corresponding to 12th July 1994. The 41st Sakya Tridzin carried out the formal installation later in the same year, at his residence in Rajpur, Uttar Pradesh in India, on 16th September 1994.

Under the guidance of the 41st Sakya Tridzin and Dzongsar Jamyang Khyentse Rinpoche, the Drupthob Trulku underwent intensive study and practice in India, and completed a traditional three-year retreat in Paro, Bhutan. He resides at the Drupthob Gompa and oversees the nunnery established by his predecessor, Rikhey Jadrel Rinpoche.